Surya has attended several short term and long term courses conducted by Swamiji Dayananda Saraswathi at Coimbatore and Rishikesh, which are two of His major institutions of learning. From 2007 onwards Surya has been conducting seminars, intensive retreats and giving public talks on Non Duality in India, Europe, etc. both in English and in French. 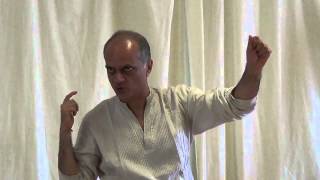