Swami Tattvavidananda is a rare scholar in both secular and Vedic studies, like Vidyararnya (author of Panchadashi) of the 14th century. He was initially taught by his father, a well-known scholar, and later in a traditional pathashala. He excelled in his Vedic studies and at the age of 11 was encouraged to begin modern academic studies. A brilliant student, he earned a Ph.D in Chemistry. Swamiji spends about half his time conducting classes at his center in Secunderabad, AP, and the other half at the Arsha Vidya Gurukulam in Saylorsburg Pennsylvania. Swamiji is also a prolific writer of books in both English and Telugu. He translated Pujya Swami Dayanadaji's Bhagavad Gita home study program into Telugu, and more recently completed translating, with commentary, Sri Bhagavatam in Telugu. 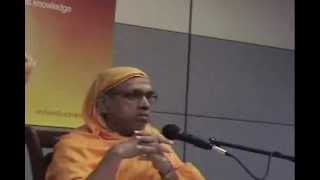 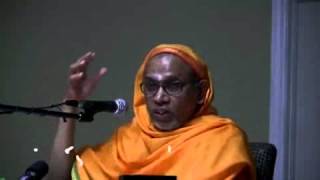